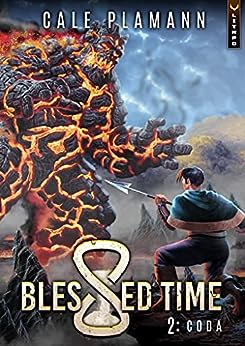 Ever since his sixteenth birthday, disaster has loomed over Micah Silver’s head, threatening him and everything he loved.

Twice he tried to deny his fate, only to suffer for his hubris. Finally, he made the sacrifices necessary to confront the danger facing him head-on.

Micah succeeded. At the head of an army of daemons, he defeated the Durgh Khan and saved Basil’s Cove from disaster. Only, it wasn’t to be.

The cost of his actions was too great for him to bear, forcing him to activate his blessing and travel back in time once again.

Sanity and emotional stability fraying, Micah buckles down for another run. This time, he has the knowledge, character class, companions, and skills to make his fourth loop the final one.

It had better be. His psyche can’t take a fifth.

Don’t miss two in this time-loop LitRPG Series where a reluctant hero is forced to fight against an impossible catastrophe… over and over again. Grab your copy today!