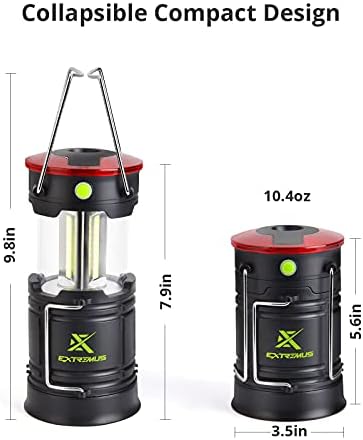 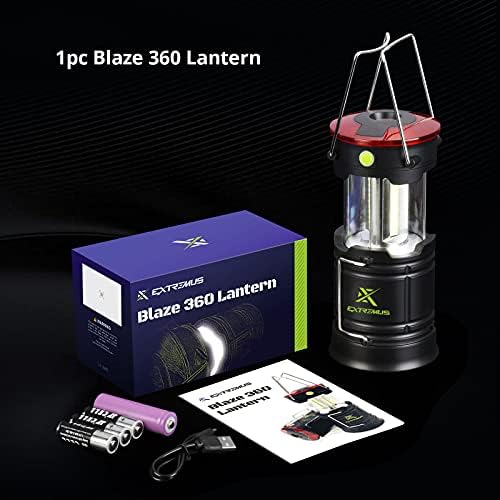 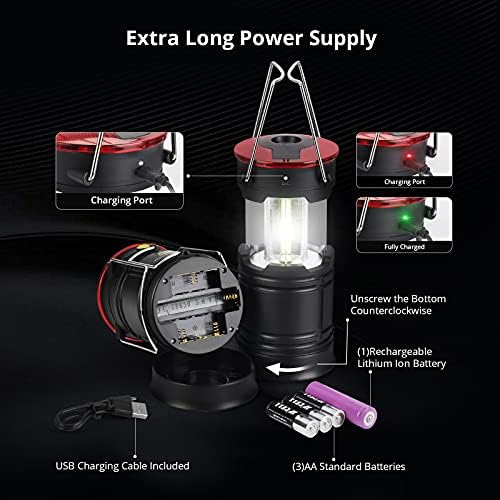 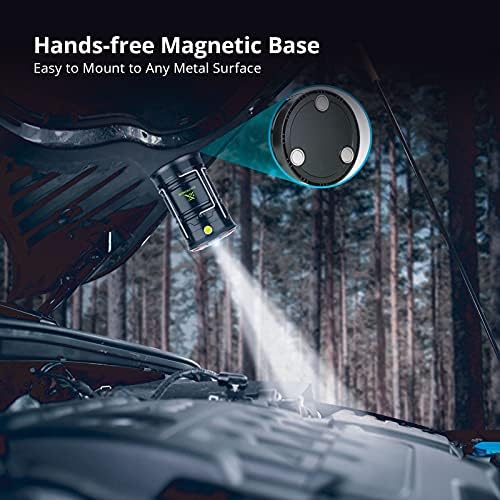 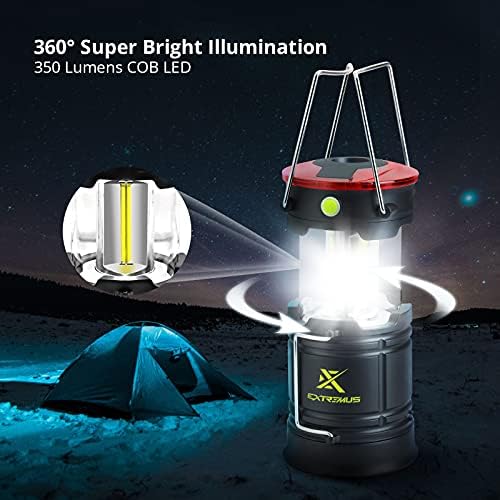 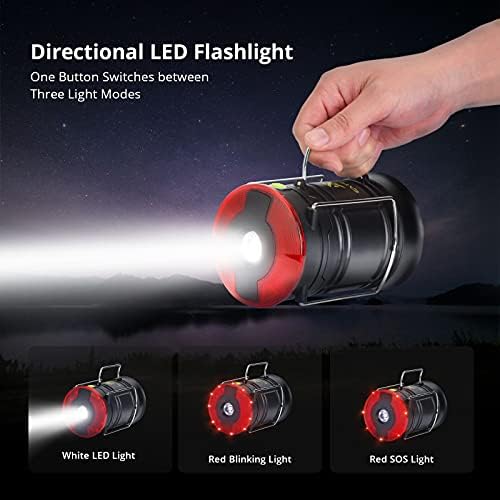 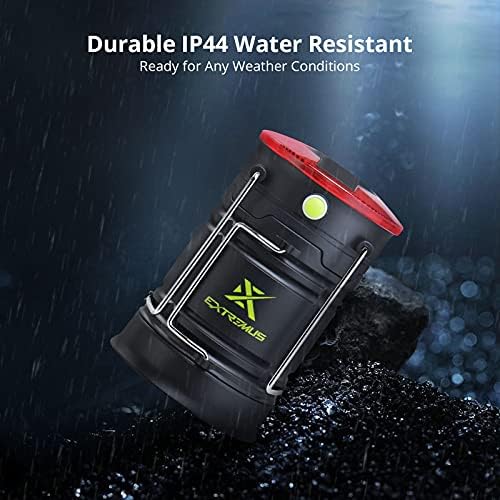 The Extremus Blaze 360 Lantern Battery Powered Led and Flashlight was designed with multiple functions to help reduce the gear you need for an extended camping trip. This handy multiple function light converts from a flashlight to a led lantern by simply pulling up on the top of the Blaze 360. As you pull up more LED’s are exposed to emit more light and brighten your campsite. To use as a flashlight, push the green button to turn on the beam of light. You can cycle through 3 light modes and back to off by pushing the green button, first is the flashlight, second is the flashing red light, third is the red SOS light, and fourth is back to off. There are 2 ways to power your Blaze 360. The first is by installing (3) AA batteries which will give you a run time of up to 8 hours, the second is by using the included rechargeable lithium-ion battery for up to 4 hours of run time. The Extremus Blaze 360 is built to withstand mother nature with its IP44 rating, making the durable housing both dustproof and waterproof. Extremus has included a magnetic base making it easy to mount the Blaze 360 to any metal surface. The Extremus Blaze 360 is an especially useful multi-function light, ideal for RV camping, tent camping, hunting, fishing, or just around the house.

LANTERN OR FLASHLIGHT – The Extremus Blaze 360 Camping Lantern Battery Powered Led unique design allows you to use it as a lantern or a flashlight. In the lantern mode the Blaze 360 emits 350 lumens of light in all directions to light up your camp, tent or camper. To use as a flashlight, collapse the body and grab the carry handles on the side of the housing to direct the beam of light where you need it. The magnetic base can be used to mount the Blaze 360 to any metal surface.
DUAL POWER SOURCE – There are 2 ways to power your Blaze 360 Rechargeable Lantern. A set of (3) AA batteries (included) will power the Blaze 360 for up to 8 hours or charge the lithium-ion battery for up to 4 hours of bright light when you need it.
WATERPROOF – Built with durable material the Blaze 360 is waterproof with a IP44 rating to keep out dust and rain. Your Extremus Blaze 360 camping light is designed to withstand nature’s harshest elements and provide years of reliable performance.
4 LIGHT MODES – The versatile Extremus Blaze 360 has four different light modes. The lantern mode provides light in all directions, the flashlight allows you to direct light where it is needed, flashing red light for a warning, and a red SOS light for emergency situations.