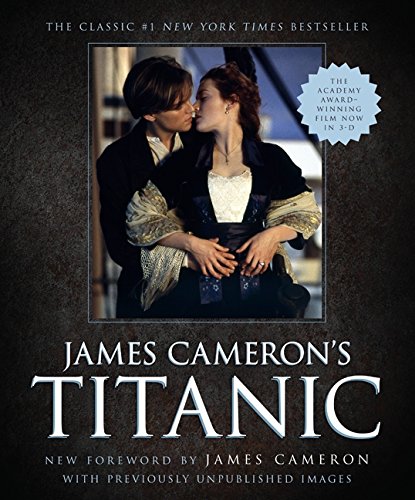 An update on a classic, the New York Times bestselling companion to James Cameron’s unforgettable film Titanic celebrates Fox’s re-release of Titanic in 3D and commemorates the 100th anniversary of the ship’s tragic sinking. The original editions of James Cameron’s Titanic were runaway bestsellers; now updated with an all-new introduction by James Cameron and never-before-seen photos from the making of the movie, this new edition is sure to enthrall a new generation of movie-goers enraptured by Leonardo DiCaprio and Kate Winslet’s love story aboard the “Ship of Dreams.”